2018 | The Year Marketing Gets Unreal

Most marketers have at least heard the term AR by now, even if they’re not 100% clear what it means. AR stands for Augmented Reality, a technology that superimposes a computer-generated image onto a user’s real-world view—not to be confused with Virtual Reality (VR), which is technology that allows users to completely immerse themselves in a computer-generated environment. For the record, VR is mind-bogglingly cool and will make its own massive mark on the media landscape, but let’s table that conversation for another time. Of the two, Augmented Reality (AR) is the technology that’s poised and ready to fundamentally impact marketing now and in the future. 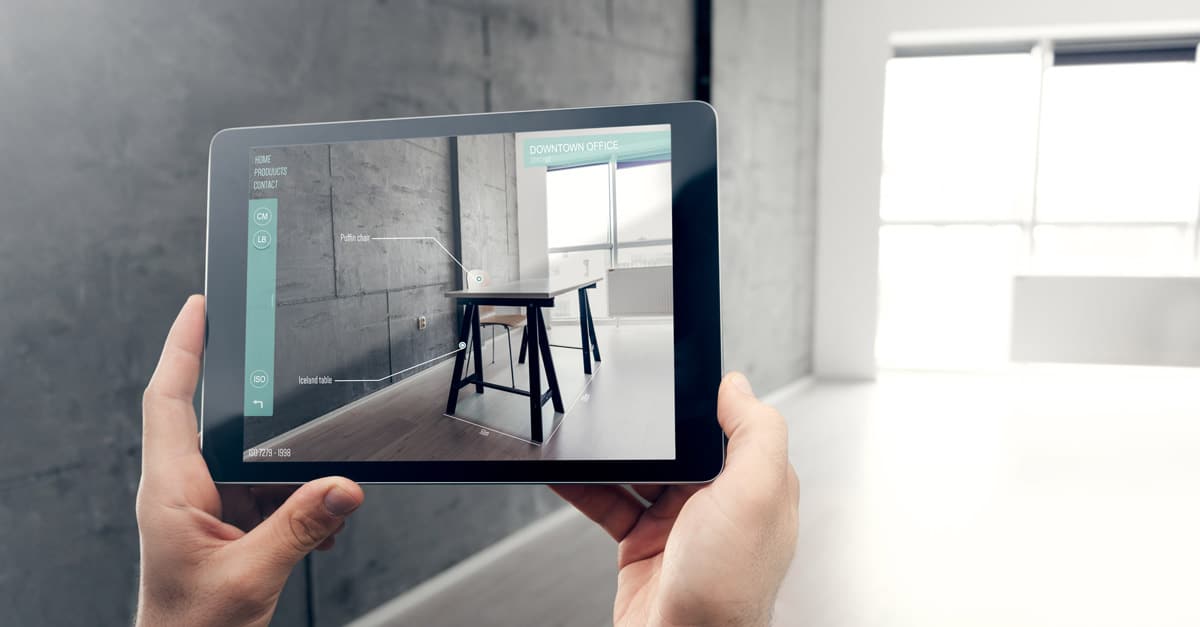 When done right, AR can be a magical experience. In this age of information overload and rapidly rising complexity, AR delivers context in a way that’s natural and comfortable because it returns the user interface to its natural home—our bodies. Instead of touching a screen or clicking a mouse, we can simply approach a panel or hold up our smartphones and be instantly, personally engaged. It’s faster, easier, more efficient and more enjoyable all around. But more importantly for marketers, it has the potential to be more emotionally impactful, as it mimics the way humans naturally interact. Our role as marketers, then will be to infuse that interaction with interesting, surprising and delightful content.

While it’s been around for years, AR’s “aha” moment for many came about in the summer of 2016, when Pokémon GO swept the globe, creating fans of all ages who marched around their cities, sometimes into traffic, hunting and catching virtual Pokémon that appeared in the screens of their smartphones. The truth of the matter is that Pokémon GO wasn’t even real AR— most of the game was played in a cartoon map environment: when players finally saw the Pokémon, it was simply superimposed on top of their camera feed, rather than truly incorporated into the real-world environment. (Had it been real AR, you would have been able to walk all the way around the Pokémon in 3D to view it from all angles.) That said, the game was a huge hit for the Pokémon franchise, the creators, Niantic, and for AR as a viable technology for mass engagement.

Fast forward to 2017. Last fall, Apple unveiled two products that have the potential to blow open the doors to full-scale AR. The first is the iPhone 8. The technological advancements on the iPhone 8, from its camera to its sensors to its insanely powerful A11 Bionic processor, combine to create a platform that’s optimized for AR.

The second is Apple’s ARKit software development kit that gives developers a set of tools to realistically and continuously embed three-dimensional images in a view of the real world using what’s called visual inertial odometry. These two products reflect Apple’s enormous investment in the promise of AR. In a recent interview, Apple CEO Tim Cook said, “We’re already seeing things that will transform the way you work, play, connect and learn. Put simply, we believe AR is going to change the way we use technology forever.”

Fast on Apple’s heels, Google previewed its own version of ARKit, ARCore. ARCore apps will start by running on the Samsung Galaxy S8 and Google Pixel, eventually coming to any Android devices running Android 7.0 Nougat and above this winter. Around the same time, Snapchat opened up its 3D World Lenses to advertisers, allowing them to offer a 3D AR experience targeted by age, gender or interest. Considering Snapchat users snap more than 3 billion times a day, that investment has the potential to churn out a hefty ROI.

All of this is to say that the playing field for AR isn’t just ready, it’s primed. But what does this mean for advertisers? How do we harness this exciting new technology in a way that’s not simply flash for the sake of flash? How can we create meaningful experiences that will move consumers and encourage brand loyalty? These are the kinds of questions we’ve been asking ourselves over the past year, and frankly, we’re pretty excited about the answers.

We first became intrigued with the promise of AR when we were hired by one of the leading AR companies in the world, DAQRI, to work on marketing for one of their products. DAQRI makes multiple devices as well as a proprietary operating system that allows companies to bring AR into industrial workspaces. Imagine a factory worker whose hardhat includes a screen that has specific instructions and helpful data superimposed within the worker’s line of vision. Or an architect who can walk into a room wearing smart glasses and instantly see all the infrastructure behind the walls. This is the kind of remarkable technology DAQRI is bringing to industry every single day. Once you see this stuff, it’s hard not to let your imagination run berserk. If this can be done in factories and construction zones, what can be done elsewhere? What can WE do with it elsewhere?

The knee-jerk answer is: whatever we want. We are in the wild west of augmented reality and our imaginations are our biggest constraint. AR represents the rare marketing opportunity to combine a novel technology with emotional impact. It offers the ability to layer rich, deep storytelling into a real-world experience, providing invaluable context for the consumer. The ability to leverage consumers’ own smartphones as a delivery device overcomes a bevy of marketing constraints: environmental (not needing to plop a giant physical sign or screen somewhere), financial (the price of said signs and screens) and emotional (traditional advertising fatigue), among so many others.

As with any new technology, there are, of course, drawbacks. Currently, AR requires massive computing power which means the experience is best delivered within a native app. It’s a pretty big ask for consumers to download an app simply to have an AR experience, regardless of how cool the experience may be, and especially if they know they’re being marketed to. One way around this is to build AR into apps that consumers are already using. Another way in is with web-based AR, which allows consumers to have an AR experience within their phone’s web browser.

We’re currently working with a large national retailer who came to us wanting to enable an AR experience within the retail space. We built a web-based AR experience that runs in a smartphone browser that will allow consumers to use their smartphones to do a deep dive into products and enjoy a rich storytelling experience within a somewhat dry retail environment. We’ll be using technology to tell technology product stories—in this case, the medium is part of the message. Thanks to a courageous client partner, we’re driving AR innovation and testing and learning along the way. That’s how much we believe in the value of this next-level technology. We can’t divulge any more about it at this stage, but we promise to follow up once it has launched.

Okay, so AR is cool. But coolness doesn’t (and shouldn’t) drive business decisions. So let’s talk about something that does: money. I think we can all agree that companies like Apple, Microsoft and Facebook are doing something right when it comes to ROI. It’s interesting to note, then, that they’ve doubled down on their spending in the AR space of late. A quick Google search uncovers that all three have been on an acquisition spree snapping up companies that develop technology for AR, including facial recognition, gesture recognition, speech recognition, eye tracking and highly selective search engines. In the past couple of years, Microsoft bought Osterhout Design Group’s wearable computing IP for an estimated $150 million. Apple bought AR startup Metaio and brought its CEO in-house to advise on future acquisitions.

Since 2013, Facebook has acquired 11 AR/VR companies. Many other big names are doing the same, but it’s telling that the thought leaders in the category are acting so bullish. Perhaps it’s because, according to researcher Global Market Insights, by 2025, the global market for AR products will surge to $165 billion. While seven years may seem a ways off, consider that seven years ago, Apple unveiled the first iPad. We’ve come a long way, baby.

It’s not often as marketers that we have such a clear window into the next big thing. If we could time travel back to the early iPhone days, most of us would jump feet first into building rich apps and experiences for our clients, instead of tiptoeing around until we understood just how huge mobile advertising could be. The Holy Grail of customer experience has always entailed giving people just the right information at just the right time, in just the right situation. AR does that better than any technology yet invented. The investments are already being made on the technology side, and it’s up to us to take up the baton and create incredible, meaningful content. Chances are, our clients and their customers will thank us all the way to the bank. 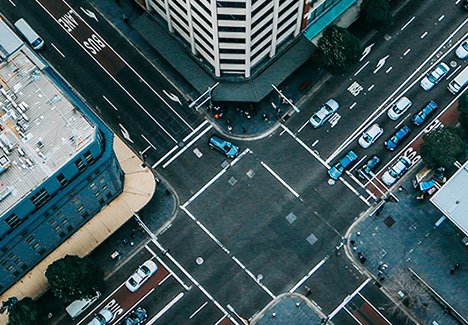 The Power of Small Data in Understanding the Customer Experience
Jim Magill/06.26.15 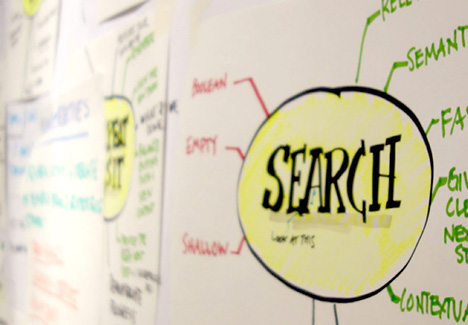 Why Brand Strategy Is Dead—and Where You Should Focus Next
Alder Yarrow/11.20.17
Cibo is proud to announce that we are now part of the projekt202 family.