The Principles of Great Brand Storytelling are Timeless

Great copywriters made their marks during the first 50 years of the 20th century. Some, such as David Ogilvy, built agencies based on the idea that advertising copy alone could capture the consumer’s interest and loyalty. Television, however, along with the new discipline of brand management and the beginnings of cost concerns, soon shifted standards. 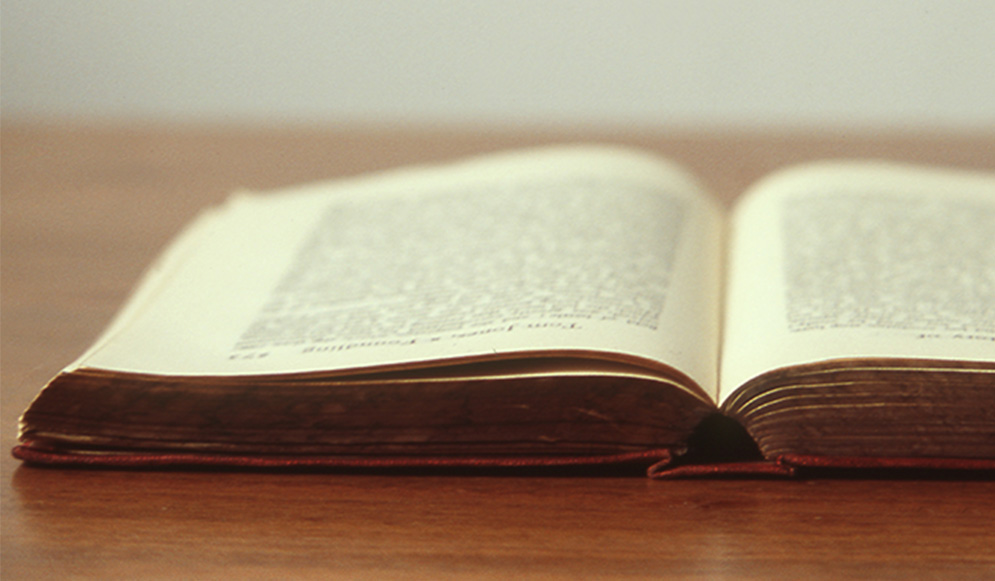 The new age demanded short, quick messaging with very little storytelling. Few efforts were multi-channel and rarely involved even the barest of handshakes between what was shown on the screen and what happened in the physical store, let alone anything in between.

I began my own career during a resurgence in storytelling, then known as ‘emotional advertising,’ when campaigns used language and visuals to engage consumers with the brand on an emotional level.

Independent agencies, led by creative partners, were now challenging the old consumer-goods models of advertising. In many ways, this next wave of pioneers was creating the first integrated brand experiences, as they understood that the customer’s relationship with the brand had to have a consistent and constant emotional connection. Otherwise, they would fail.

This was particularly true when we were given the opportunity to start from a blank slate and create a brand in the hopes of “toppling the leader.” These days we’d call this “disrupting a category.”

Henry Weinhard’s Private Reserve Beer was one of those brands. My boss at the time, Hal Riney, was the man behind the idea. As the fortunes of Oregon’s Blitz beer were struggling to keep up with the big national brands, the brewery was optimistic about its turnaround tactics but also decided to put another beer in the market. Michelob dominated the super-premium market at the time with distribution dominance, a bland product and lifestyle imagery.

Henry’s, as it came to be known, had a different, sweeter, taste and came only in longneck bottles. It offered a rich history and storytelling both on the bottle and in an insert in the six-pack holder. It was also labeled with a bottling number that identified its batch.

Henry’s began distribution on-premise in select bars and taverns that were provided with custom mirrors and draft taps. An introductory newspaper campaign focused on the brewery, the ingredients, and the brewmaster. We’d occasionally also run an ad with the headline: “Unavailable.” This was an apology to customers — supplies would be replenished, but Henry’s was only made 400 barrels at a time.

As the brand rolled into California, magazine spreads were added to the mix with long-copy stories creating even more distance from the mass-produced Michelob. For the holidays, a special, old-fashioned, 12-pack box was designed in honor of the special brew Henry made back in 1856 to give to his neighbors.

With demand growing for a retail presence in California, a compact five-case bin was designed with a header that talked about the brand’s heritage instead of its price. Publicity targeted influencers. Local columnists and special-event coordinators welcomed the “unique, special new beer” and spread the word.

With success came the final layer of storytelling. The spots were visually entrancing and filled with characters, layered dialogue and stories about the brand that evoked value and specialness without saying so outright. In “Chuckwagon,” Henry’s was a beer sent to wranglers in Colorado; in “DC” it was a bribe from one senator to another for a vote; in “Auction,” it was a rare find; and so on. This storytelling succeeded in its mission, as Henry’s surpassed Michelob in California, spawning both a massive advertising response from Anheuser-Busch and also look-alike products from Coors (Herman Josephs) and Miller (Frederick Millers), all of which failed.

Looking back, Henry’s was a brand built entirely on the principles of brand experience. Henry’s kept sacred its authentic voice. It played into the boredom with mass-market beers and made sure every engagement a drinker had with the brand was consistent and unfurled a bit more of an ever-expanding story. Storytelling held it all together.

Brand and storytelling are still intimately connected today, but in a slightly different way. In the past, the story became the content for advertising and had to be supported by truths about the product (taste, peer acceptance, and other brand cues that made it seem special).

Today, many brands are driven entirely by an experience that defines the brand. The storytelling aspect of our new, digitally-driven world demands even more clarity about the brand’s purpose because the brand must be supported across a much greater number of customer touchpoints and expectations.

A little over a year ago, George Zimmer, the former CEO of Men’s Wearhouse, decided to disrupt the tuxedo segment of the deeply traditional men’s fashion industry. Starting from nothing more than the idea that renting tuxedos could be revolutionized online, the entire business and brand experience were created in 18 months and launched this past September under the name Generation Tux.

Generation Tux is rooted in qualitative and quantitative research into the men’s formal-wear industry and the target market of wedding–age millennials. The core beliefs, personality traits and key value-proposition for the brand all drove to a powerful manifesto for a new vision of men’s formal-wear rentals, and a set of experiential tenets for the brand that needed to play out across every digital interaction.

This brand architecture, combined with George’s passion and history in the fashion business , created a story that would become the foundation for the Generation Tux brand.

While the branding work continued, the business was built. Collaborative sessions with both business and technology leaders simultaneously developed the online customer experience requirements. The most innovative components were conceptualized and key moments-of-truth in the online experience identified. Not unlike the work with Henry’s several decades earlier, the entire business was shaped around the kind of experience Generation Tux wanted the consumer to have.

Detailed user-experience design and the beginnings of visual design explorations included everything from the user-interface of the website to the photography for product and lifestyle imagery. Concepts were tested with prospective and recent brides, wedding planners and frequent wedding guests.

One key to the site’s vision was expanding the tuxedo-rental focus to the entire wedding party and understanding that the bride and her parents would be major influencers in its success. Ensuring that the entire wedding party has understood, measured, purchased and returned their tuxedos is the last thing brides want to deal with around their big day. Peace-of-mind was designed into the experience.

The workflow for group management uses web, email and SMS, as well as a comprehensive dashboard for the bride and groom to track the progress and status of every individual in the wedding party. Other innovative features of the online experience include a visualizer that allows customers to put different clothing on a mannequin; a guided self-measuring process; the option of having a tailor come to your door to measure; easy event set-up; administration for wedding planners; and deep social integration.

Generation Tux has come to life around the belief that each and every wedding should indeed be the best day of its participants’ lives.

George Zimmer has long understood that fit and appearance equals success, and he insisted that the quality and availability of the merchandise at Generation Tux exceed anything else in the market. He invented another company to provide onsite tailors, on-call, to ensure the fit, and developed a patented suit-box that delivers tuxedos with 85 percent fewer wrinkles than traditional mailers.

Clothing labels, accessories, and magic touches — such as cards with best-man duties on them — turn the experience into something much more than just the planning, organization and delivery of clothing.

Henry Weinhard’s and Generation Tux went to market a full generation apart in the evolution of modern marketing, but there are more similarities than differences between them.

As long as there are dreamers and marketers willing to support those dreams, we will have brands that connect their stories to their brand experiences with intimacy.

This post was originally published in the Hub Magazine. 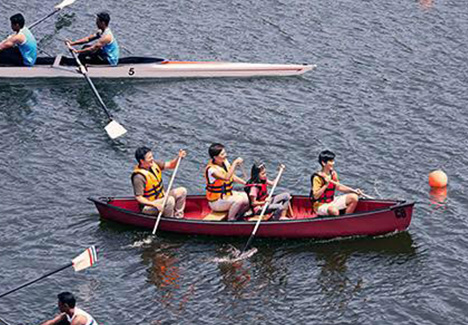 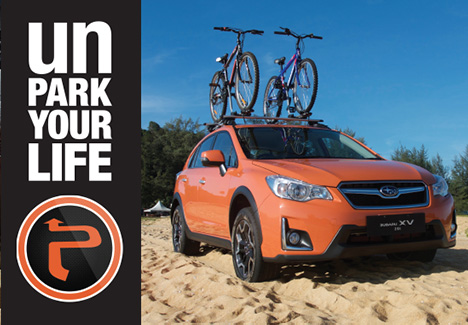 Behind the Scenes: Subaru XV Unpark Your Life
Lori Louie/03.30.17
Cibo is proud to announce that we are now part of the projekt202 family.