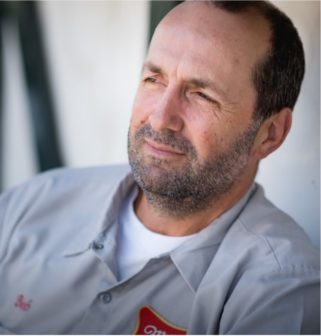 It’s not clear which is a better measure of Bob’s patience—coaching his daughter’s softball team or remaining a die-hard Cubs fan for his entire life. After his brief childhood in Illinois and some semesters on the beach in Santa Barbara, Bob has spent more than 25 years in the design industry spanning traditional print, packaging, identity, collateral multimedia, web and interactive design. He has specialized in the complete transformation of brands—from naming to identity, and from guidelines to the online experience. He’s also worked with a diverse array of brands in many industries including IBM, Xerox, Nintendo, Virgin Entertainment, Revo Sunglasses, Adobe Systems, Gymboree, Google, Twitter, YouTube, and The Home Depot. Bob spent four years as a design director at Clement Mok in San Francisco and New York (later Studio Archetype) and three years as a Creative Director at SapientNitro in Sydney and San Francisco. After nine years at HYDRANT, a customer experience design company he founded, he joined forces with Cibo and helped chart the course towards projekt202.

LinkedIn
Cibo is proud to announce that we are now part of the projekt202 family.